We are proud to announce that exhibition stand which we designed on the behalf of Harman won an award at the recently held HVG job fair. The sound engineering firm’s stand is 100% constructed by Bepro. The company has already attended two job fairs and will have more additional in the naerby future. http://www.harman.com/EN-US/Pages/Home.aspx http://www.hvgallasborze.hu/hu/ More photos

https://www.youtube.com/watch?v=kQZb7dSZ9Vg Our firm’s latest concept is a stand which can be place in shopping malls. One of the most popular coffee trading company decided to make the world to know how a quickly prepared, good coffee tastes like. Nespresso will set up booths to large shopping centers where a kind promoter welcomes a guest who after a short presentation receives a pack of gifts. This time we also prepared with a short video about tat project. Check it out by clicking the link above. https://www.nespresso.com/hu/hu/home More photos

Our current project includes an exhibition- stand which will represent our world famous hungarian wines at the PROwein called exhibition in Germany. Unfortunately we can’t give more information away but we guarantee we are doing our best to gain a huge success to our wines! http://ungaricum.de/ http://www.prowein.de/ More photos

This year won’t remain on the summer festival season. Just like everyone else we are also preparing for it. Two very determined people searched us to design a portable stand which can be carried from festival to festival. If one of the festival attendants fancy a cold beer or a cup of coffee, look no further! The ‘‘Placc“ named counter will be constructed according to Katalin Ercsényi’s design. More photos
Our team has recently designed a three-piece stand which consists of a podium, a counter and a display equipped totem for the whistling (aka. Fütyülős) bottle closed pálinka. The installation is made for the purpose of promotion, which is basically suitable for clubs exhibition.
http://futyulos.zwack.hu/
More photos 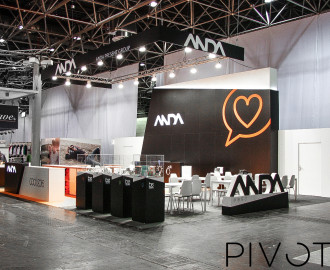 We are happy to announce that the Anda present exhibition stand which was based on Katalin Ercsényi’s design reached a huge success at the recently held PSI exhibition. As we previously reported there would be two other events in Lyon and Warsaw, where hopefully the other two unique stand will achieve the same success. http://www.andapresent.hu http://www.psi-messe.com/ More photos